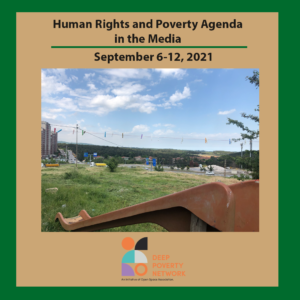 The Guardian, 06.09.2021
‘Their future could be destroyed’: the global struggle for schooling after Covid closures
Annie Sabino, 16, tries to do her school work while working at her family’s food stall in the Philippines in January.
Hundreds of millions of children fell behind around the world as schools closed during the pandemic. We look at four countries as pupils try to resume their education

Mail Online, 06.09.2021
The Taliban claim Afghan resistance leader - son of legendary 'Lion of Panjshir' - has fled to TURKEY and they have total control of Afghanistan after sweeping to victory armed with US-abandoned weapons
Taliban raised their white flag in Bazarak the capital of Panjshir province. They claim the British-educated resistance chief Ahmad Massoud fled to Turkey. If their claim is true it is a hammer blow to the Afghan resistance movement. Massoud released an audio message in which he called for a national uprising It comes after his late offer of peace talks with Taliban on Sunday was spurned.

Reuters, 06.09.2021
A curtain divides male, female students as Afghan universities reopen
Students across Afghanistan have started returning to university for the first time since the Taliban stormed to power, and in some cases females have been separated from their male peers by curtains or boards down the middle of the classroom.

Independent, 07.09.2021
‘It spiralled out of control and became a lie I had to live’: The fantasists who pretended to be 9/11 survivors
Fake stories of heroism and grief became so common in the aftermath of the terrorist attacks on the Twin Towers that they came to be known as the ‘9/11 sign’